Tupac Shakur was born on June 16, 1971 in Harlem, New York and raised by his mother who was a member of the black panther party. Tupac was an American rapper who rapped about the injustices that many African Americans face everyday. He became an artist many people could look up to because he used to sell drugs on the same street his mother use to buy from. He then changed his life around because of hip hop. He use to write a lot poetry and decided that he wanted to share it with the world through music. This lead to him becoming one of the top-selling artist of all time selling over 75 million albums to date. His music did not only resonate with his generation but with other minority groups who were fighting and facing inequalities. Unfortunately, on September 7, 1996 in Las Vegas Tupac was shot in the hand pelvis, and chest.  He died on September 13, 1996 because of gang related violence.  This inspires me because even though Tupac was at rock bottom he still over came his struggles. He then became an icon people can loop up to. Someday I want to be a role model for someone and inspire them to do better. 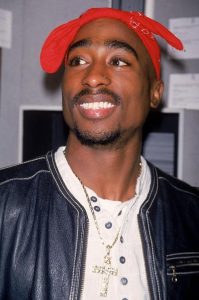 The purpose of this super bowl commercial ad is to persuade and inform the audience.

The stance the ad was to encourage people that no matter what obstacles you face you can overcome them. In the ad it showed a woman who was born handicapped but was still able to become an amazing athlete. The ad was trying to persuade the audience to buy a Toyota since life is better when you’re moving.

The ad was aiming towards legal drivers who want to buy a car.

The purpose of this super bowl ad was to entertain and persuade the audience.

The stance of this commercial was to entertain the audience by showing how you can come from different backgrounds but still come together when it comes to music. Also it had a lot of random things added to the video like a horse and dogs running around so the audience would not get bored of watching this ad. The ad wanted to also persuade the audience to watch the voice since many different people go on there.

The ad’s audience was aimed for everyone.

The purpose of this super bowl ad is to entertain the audience and informing them.

The stance of this ad was to entertain the audience by having two iconic voices rapping two famous versus by two very well known rappers. This ad entertained the audience but also informed the audience about the new Doritos and the new mountain dew.

The audience the ad was aiming for was everyone. 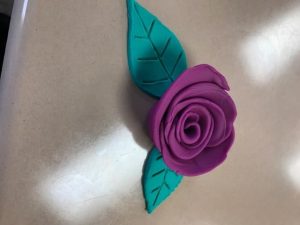 I created a flower out of Play-Doh because it can represent many different things. I think the main thing it represents is growth. Right now I’m at a blooming age so I’m experiencing a lot of different changes with myself physically and mentally. I’m starting to change in the way I talk and think because I don’t act the same as I use to. A flower also represents the most beautiful moments in my life for example when we bought a new house or when my first nephew was born. The flower also represents that whenever I’m going through a hard time I need to remember that it doesn’t last forever just like seasons. Winter will eventually come to an end and the flowers will bloom again. Lastly, I want to find a purpose just like how a flower’s purpose is to produce pollen for bee’s. I want to have an important role and find a big motivation in life. My classmate’s play-doh creations were very interesting because many of them created something I didn’t know represented them. For example one classmate created a soccer ball and I didn’t know soccer meant a lot to her. Another classmate created a music note because she loves music and singing.  Another classmate created a money sign because she wants to become successful when she gets older and wants to be independent. In conclusion this really showed me how something simple like a music note or sport can have a really big importance in someone’s life.

Abortion is a medical procedure resulting in the termination of a human pregnancy and death of a fetus. Until 1973 abortions were illegal in thirty states but that changed during the Supreme Court decisions Roe v. Wade. This case made abortions legal in all fifty states but gave them regulatory powers over when abortions could be performed.  On the poll from “What is your stance on abortion?” over thirty-two million people voted on whether they were Pro-choice or Pro-life. Overall  62% voted Pro-choice and 38% voted on Pro-life. In Illinois alone 36% voted Pro-life but 6% would allow an abortion in cases of rape, incest, or danger to the mother or child.  64% voted  Pro-choice and 4% voted on providing birth control, sex education, and more social services that will help reduce the number of abortions.  In Chicago, Illinois 28% voted Pro-life which is even less compared to the overall votes and the votes just in Illinois.  &2% voted Pro-choice but 4% of those votes still want birth control, sex education, more social services to be provided. On the Republican party 68% voted Pro-life which is the complete opposite of what overall votes, Illinois, and Chicago voted for. Only 32% of the republicans voted Pro-choice. On the other hand 88% of Democrats voted Pro-choice and 12% voted pro-life. 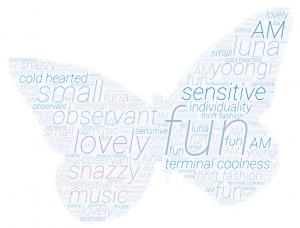 I think overall I’m a basic normal human being because there isn’t really anything about that stands out. I’m a small quiet and observant person because I don’t really put myself out there. I’m also very sensitive but I come off as cold hearted because I don’t want people to think I’m weak. I also love hearing music in the car at night while looking at the moon. My fave artists are Arctic Monkeys and BTS because their lyrics are very deep and comforting.

A man in Philadelphia named Jones is known for giving out free haircuts to homeless people in his free time. This lead to barber shop owner Sean Johnson giving Jones a barber shop because of his kind act. Johnson already owns his own barber shop and had bought another own but he didn’t open the shop for two years. Johnson now mentors Jones and Jones continues to give out free haircuts on Mondays which he know calls “Makeover Mondays.” This article is unbiased because this article is telling a story and simply stating facts. This article shows the genuine acts from someone and he got something in return without even asking. Jones was giving free haircuts to homeless people out of the generosity of his heart. Many people were touched by his act of kindness that someone felt the need to gift Jones his own barber shop. Do you do any acts of kindness without anything in return?

Welcome to your brand new blog!

This is a sidebar and can be changed in Widgets in your dashboard.

You can also modify number of sidebars in theme options!